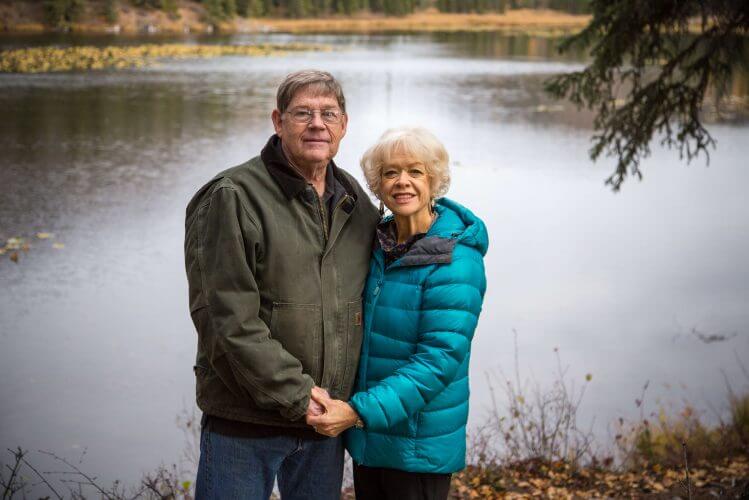 Gary and Margo Posenjak became Associate Staff with Arctic Barnabas Ministries in 2012, after seven years of missionary work in rural Alaska. Having been ministered to by ABM missionaries themselves during those years in the Bush, they know first-hand the vital role ABM played in their lives. Now they gratefully serve on the “giving end” of Arctic Barnabas.

Their passion is to give support to pastors and missionaries who need someone to fill in for them temporarily when they find it necessary to be absent from the field. They often help maintain the pastor’s home and church in his absence. Gary has a pastor’s heart and loves to preach God’s Word. They have taught Bible Studies, conducted VBS and kids programs and Margo teaches quilting classes. Their motivation being, the support of the already established work of a particular missionary family while they are gone or resting, enabling the work of the Gospel to continue in their absence.

Gary and Margo retired from full-time missionary work in 2012 when they returned to their home in Entiat Washington. Gary began pastoring Entiat Valley church in 2014, where their congregation supports and participates in their annual 6 week ministry trips to come alongside our missionary friends in remote Alaskan villages.

The Posenjaks have three grown sons with families of their own, which include 8 grandchildren from the ages of 3-20. Each of these precious families lives in Washington and has added greatly to their joy since returning to the area. Each family has unique needs and Gary and Margo value being close enough to be available when needed.
The Posenjaks met at Western Baptist Bible College (Corban University) in Salem Oregon in 1969. After serving in the US Army, Gary returned to Western to complete his degree in Theology and Missions. Margo also completed a two year course in Bible and Christian Education. They have served in Youth ministries and the pastorate in California and Washington. Gary retired from the University of Washington Friday Harbor Labs as a maintenance technician when God called them to full-time ministry in Alaska. Margo retired from many years of Para education in both the San Juan Island School District and the Entiat School district. She now works as substitute in Entiat.