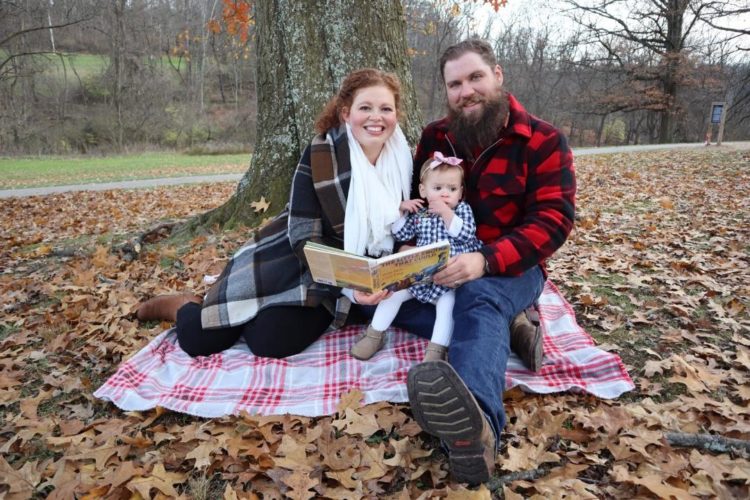 Josh and Carli Cumpston joined the Arctic Barnabas team as Career Missionaries in October 2021, following a two-month internship with ABM. During their internship, they quickly sensed their unique gifting and abilities would be a great fit with ABM’s mission to support ministry families in Alaska, Northern Canada, and Far East Russia.

Josh grew up in a small northeastern town in Ohio. After high school, he worked for a construction company building pole barns. It wasn’t until several years later that he felt God leading him to go to college and serve Him in ministry. By faith, Josh quit his full-time job and moved across the country to pursue aviation maintenance training at Moody Aviation in Spokane, Washington. Eight years later he received his A&P certificate and Bachelors of Science in Missionary Aviation Technology. In addition to his training at Moody, he experienced a variety of useful skills including construction, vehicle maintenance, general contracting, and facility maintenance. Josh’s heart is for serving others behind the scenes. He plans to use his skills and experience to aid in vehicle, facility, and aviation maintenance at Arctic Barnabas.

Originally from Pittsburgh, Pennsylvania, Carli moved to Washington to attend Moody Bible Institute’s Spokane campus. In addition to earning her Bachelors of Arts in Intercultural Ministry, she met Josh at Moody and they have been married for five years. Carli has also earned her Masters of Arts in English and TESL (teaching English to speakers of other languages) from Eastern Washington University and has experience teaching middle school, high school, and higher education students in Colombia, Oman, Ghana, and the United States. While Josh completed his internship with Arctic Barnabas, Carli served as an English tutor at Alaska Christian College in Soldotna, AK. Along with being a full-time mom, Carli hopes to use her abilities in teaching, hospitality, and encouragement to further the Gospelin Alaska.

Josh and Carli currently reside in Spokane, Washington with their two-year old daughter, Ellie. Lord willing, they plan to transition to Alaska as full-time staff with Arctic Barnabas after connecting with prayer partners and raising financial support.