Last month several ABM missionaries flew up to the village of Kako, Alaska. The purpose of the trip was to join and support the outreach efforts of the missionaries serving at Kako Retreat Center.

In reflecting on the trip, Rose Mowery wrote: “We all met up that morning at the ABM hangar to load the plane. We crammed in as much as we could for our trip! Margo Posenjak (ABM Associate Missionary) was there along with her friend Kitty. Kitty taught the native ladies’ Retreat Quilting Class while Margo did the devotional each morning with the ladies from surrounding villages. Terry Dilley was our ABM Pilot who flew us to Kako and also stayed on to help where needed…

dishes in kako rose in kitchen

Our primary function there was to act as support staff by freeing up the Kako missionaries so they could participate in the retreat and have the chance to connect with the ladies from the villages that were attending the retreat. We decided this was best accomplished by Marylil & I tending to the behind the scenes work, mainly in the kitchen, where we worked about 11 hours each day. Terry also stayed on and helped significantly by hanging out with one of the missionaries’ foster son.

It was neat to see these ladies from the villages learn with excitment! They were thrilled to be able to use these new skills to sew their kuspuks in a fraction of the time. In the limited contact we had with the ladies, we still were able to see small glimpses into their lives & their struggles. There were opportunities to speak the truth into their lives, to listen to their stories, and encourage them in the Lord.

I left having a better understanding of what the missionaries who live at Kako Retreat Center encounter on a regular basis and also with a much greater burden for those in the surrounding villages.” -Rose Mowery
quilt blessing

There’s nothing especially grand about missions work…it’s the same as what God calls us all to do, as Christians, day in and day out. Let us be reminded of the simplicity of discipleship, John 13:35 “By this all will know that you are my disciples, if you have love for one another.” Amen!

What you can read next 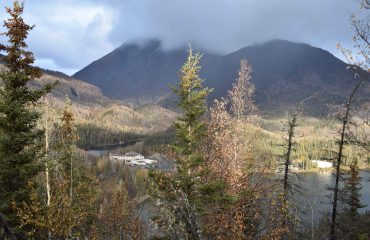 The Gift of Ministry Partnership